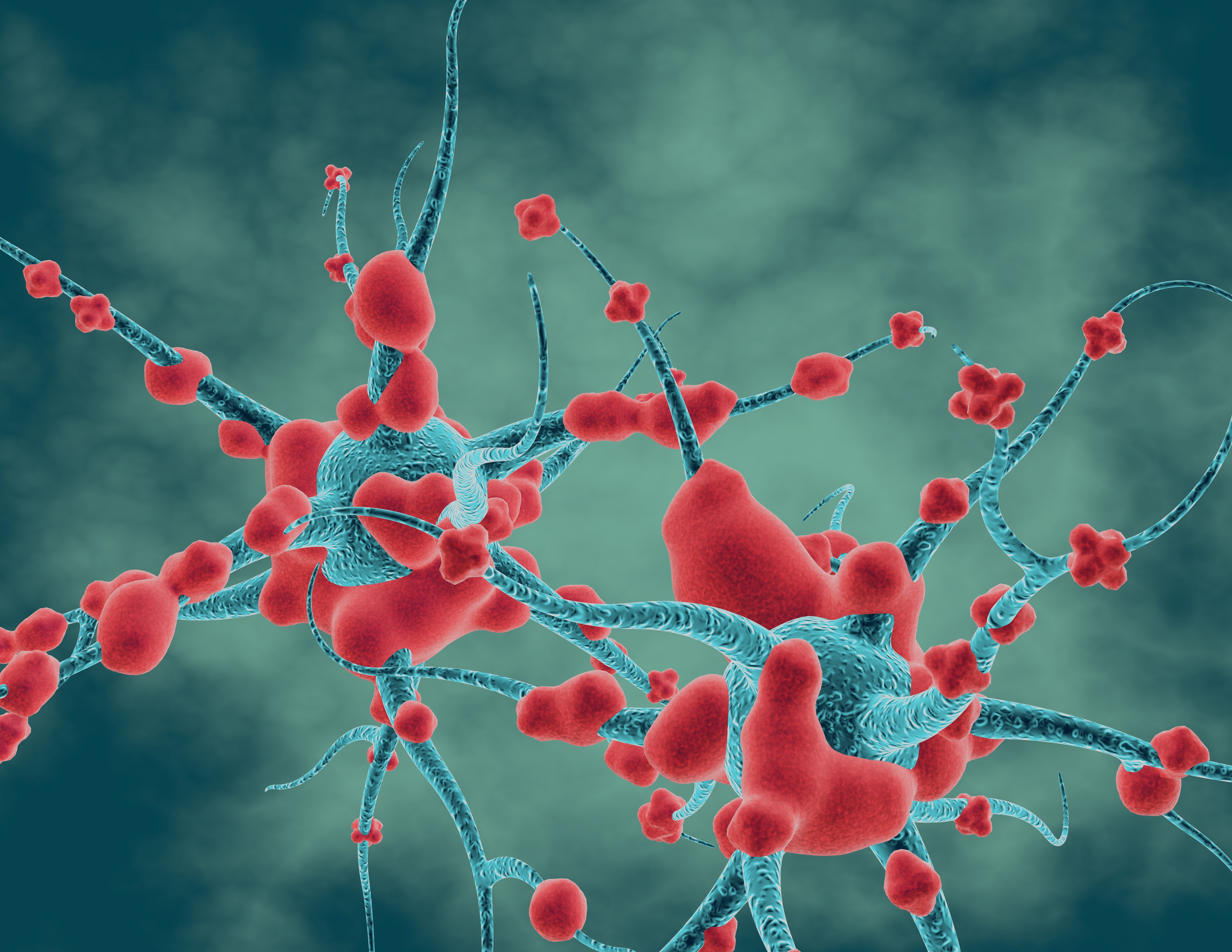 Four decades of research on Alzheimer’s disease, Parkinson’s disease, and traumatic brain injury have led to a much greater understanding of the biological mechanisms involved in complex neurodegenerative conditions. Effective treatments still elude science, but what has been learned so far provides a strong foundation for future research. As a result of ongoing and intensive international research efforts , we are moving closer to discoveries that will stop, slow, prevent, and manage these devastating diseases.

The research articles featured this month report on four very different studies. Each one contributes important clues and insights that advance understanding and hopefully, will lead to breakthroughs in new drugs and therapies.

Targeting Plaque with microRNAs: Alzheimer’s disease occurs when there is a buildup of the protein APP in plaque in the brain. Why these plaques form remains a mystery, but finding ways to regulate and disrupt them has been the focus of the Alzheimer Research Disease Center, which is led by Debomoy Lahiri, PhD, Professor of Neurobiology, Psychiatry, and Medical and Molecular Genetics at Indiana University and Editor in Chief of Current Alzheimer Research. The lab has been looking at microRNAs (molecules that regulate protein production) as novel drug targets that can turn down production of the plaques that form in the brain as the disease progresses. The researchers found that miR-346, which plays a key role in regulating APP levels, does appear to have potential to slow, stop, or prevent Alzheimer’s disease by regulating excess iron buildup in the brain. These results provide a promising approach that employs natural components, rather than foreign chemicals, for treatment. Their study has now moved Phase 1 and Phase 2 clinical trials in human patients.

Preventing Protein Proliferation in Parkinson’s: Aggregates of α-synuclein protein (amyloid fibrils) develop in the nerve tissue of patients with Parkinson's disease and other neurodegenerative diseases. Since these deposits were first observed, researchers have been looking for ways to prevent their formation, which happens in rapid chain reactions under certain conditions. In 2014 Düsseldorf-based researchers led by Wolfgang Hoyer, PhD, the Chair of Physical Biology at Heinrich-Heine University, described how a class of engineered binding-proteins, β-wrapins, were able to prevent aggregation. Dr. Hoyer then collaborated with Emil D. Agerschou, PhD, to find out how the β-wrapins function and where they disrupt the α-synuclein aggregation process. A major finding was that the β-wrapins suppress the chain reactions very efficiently. Examining the effect in test tubes,  in cell cultures and in animal models, they saw marked improvements in the motor skills of diseased fruit flies treated with β-wrapins. Prof. Hoyer cautioned that therapeutic human use, however, is still a long shot.

Neurogenesis Reboot: In a new study published in the Journal of Neuroscience, Sangram Sisodia, Ph.D., the Thomas Reynolds Sr. Family Professor of Neurosciences at University of Chicago, and his colleagues show how neurogenesis (the creation of new brain cells) can be disrupted by the brain’s own immune cells in mice who carry mutated genes that cause Alzheimer’s. When healthy mice exercise, play, and interact with each other, a huge number of new brain cells are created in the part of their brains important for memory. Mice carrying mutations don’t show the same increase in new brain cells. Prof. Sisodia’s team investigated the role of microglia, a brain immune cell that repairs synapses, destroys dying cells, and clears out excess proteins. When the mutated mice were given a drug that destroys microglial cells, neurogenesis in the host mice returned to normal. They concluded that when microglia encounter newly formed brain cells with the mutations they overreact, treat them as inflammation, and kill them off prematurely. This finding opens an important avenue towards understanding the biology of Alzheimer’s disease.

Face Forward After Traumatic Brain Injury (TBI): Isolation is a common problem for survivors of traumatic brain injuries, stemming from changes in personality, behavior, and cognition in the aftermath. Navigating social interactions in a community is stressful when one cannot identify the nonverbal emotional cues behind facial expressions.

Research conducted at the Kessler Foundation found a correlation between deficits in facial emotion recognition and poor community integration in individuals with moderate to severe traumatic brain injury. According to lead investigator Helen Genova, PhD, Assistant Director of the Center for Neuropsychology and Neuroscience Research, the findings have implications for the development of rehabilitative interventions to reduce social isolation in this population, improve outcomes, and increase quality of life.

For further reading, explore the latest articles from the some of the leading journals from Bentham Science: